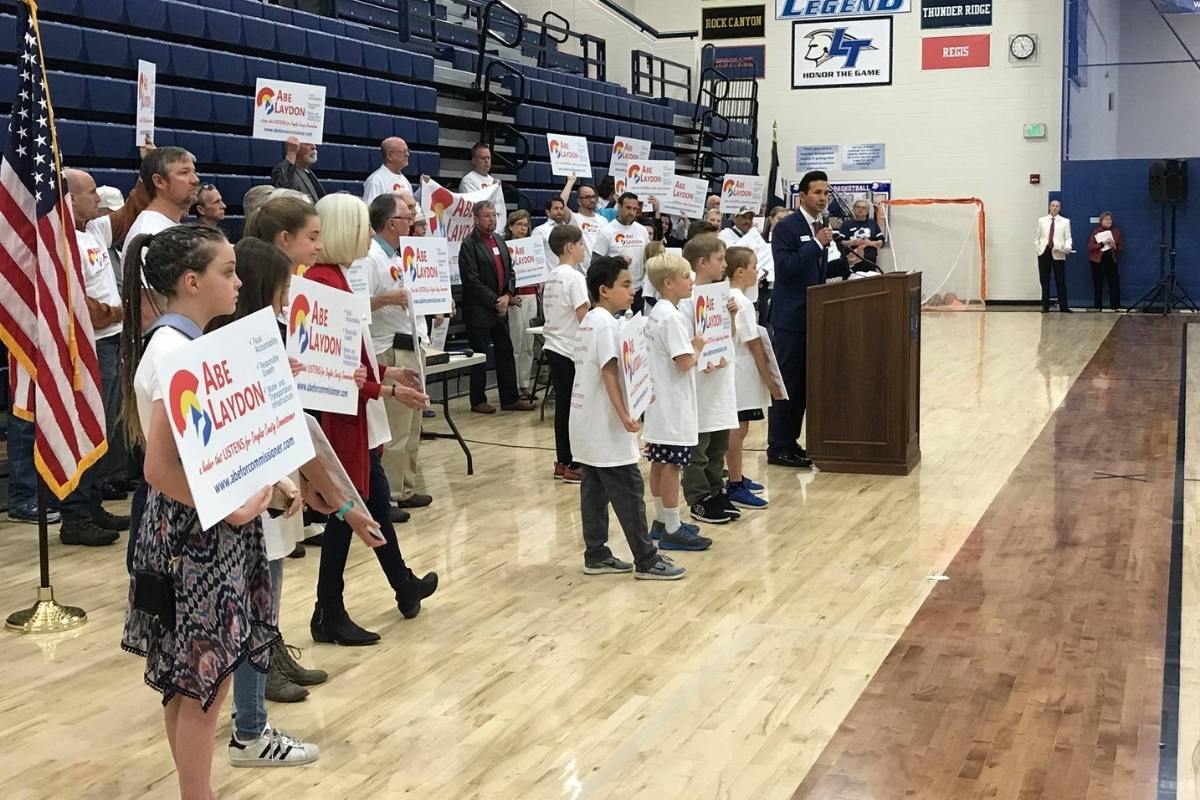 COLORADO COMMUNITY MEDIA – When Tanne Blackburn, chairman of the Douglas County Republicans, opened the 2018 Republican General Assembly, she started with a message for anyone who felt discouraged by low turnouts at some Douglas County caucuses. That message, she said, was to stay energized.

The theme repeated itself throughout the day as candidates for county, state and congressional offices took to the podium, all ready to explain why they deserved Douglas County’s votes and why they wanted Republicans to fill office.

Early in the day, the assembly tackled uncontested races — Tony Spurlock for the county sheriff, Lisa Frizell for county assessor and Jill Romann for coroner. Then delegates heard from those vying for offices with more than one candidate.

To summarize the day’s results, all candidates still in the running as of the assembly are advancing on to the primary ballot in June.

Those hoping to become the next Douglas County District 1 commissioner are Douglas County Treasurer Diane Holbert and attorney Abe Laydon. Linda Fielding, a resident of The Pinery, came out to put her support behind Holbert, but the very act of being there and involved was important, she said.

“I think people need to be responsible for their own government. If we don’t take action and are not responsible, we deserve what we get,” she said.

Also in the room was Highlands Ranch resident and delegate Doug Potter, and although he wore a sticker for his friend of six years, Laydon, Potter said both he and Holbert were excellent candidates. He too said he participated in the caucuses and the assembly to be an involved citizen.