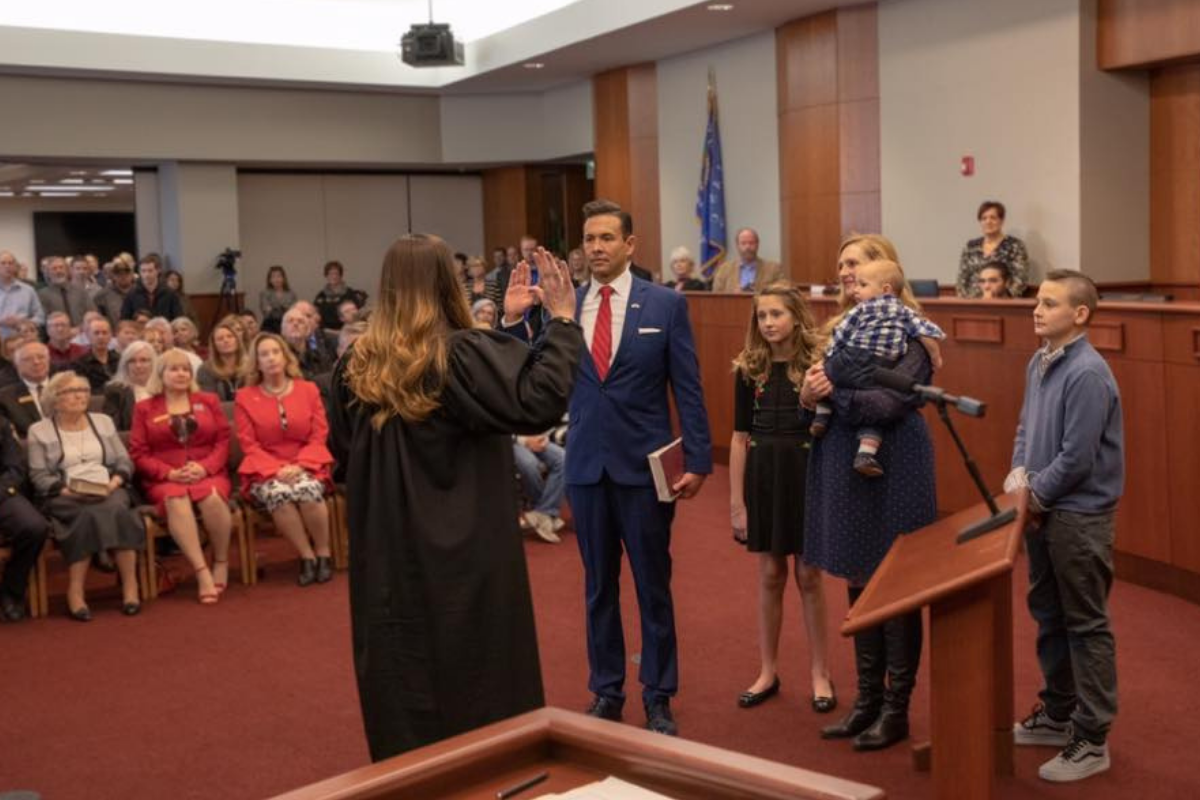 COLORADO COMMUNITY MEDIA – New and familiar faces were sworn into office during a ceremony for Douglas County officials elected in November.

All but Laydon and Gill were incumbents re-elected to their seats, although Gill was already serving as treasurer after filling a vacancy created when former Treasurer Diane Holbert was elected by a vacancy committee to the Douglas County Board of Commissioners in April.