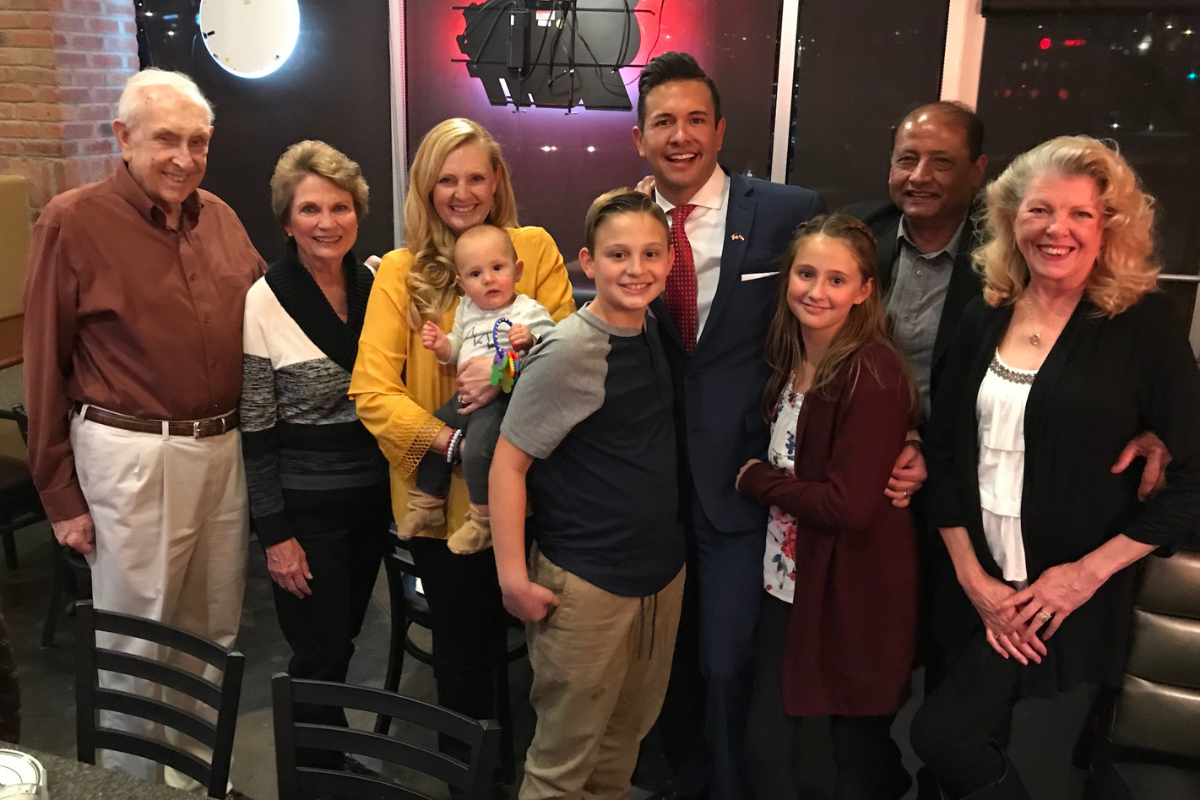 Abe Laydon, a two-term Douglas County Planning Commissioner and 15-year land use and business attorney, declared victory in his bid for the Douglas County Commissioner, District 1 seat. The unofficial, preliminary results from the November 6 election released by Douglas County shortly before 1 a.m. November 7 show Laydon with a 20 percent lead over his opponent, Mary Lynch. At last count, he has received nearly 87,000 votes.

“I am incredibly humbled and grateful for the honor you have bestowed on me,” Laydon said. “I ran an honest, positive campaign focused on my qualifications and my vision for the future of Douglas County, and I am proud that voters responded to that.”

A fifth-generation Coloradan who has called Douglas County home for more than 14 years has always made civic service a priority. Laydon’s campaign was a grassroots effort that included a team of volunteers, both young and old, from throughout the county. Together they visited more than 10,000 homes, contacted more than 2,000 constituents by phone, distributed thousands of yard signs, and participated in dozens of events that showcased the many incredible communities within Douglas County.

“Although there is much to celebrate, I recognize it’s not a victory for you when a politician gets elected and has a new title. It’s a victory for you when a dedicated public servant does their job and delivers on their promises,” stated Laydon. “Let’s have a victory celebration when I have given you something worthy of your vote, like lowering your taxes, providing traffic solutions, implementing new ways to improve public safety, and managing the growth we are seeing with common sense and amazing Coloradans like you in mind.”

Laydon’s first goal upon being appointed County Commissioner is to focus on the pressing transportation issues in the county and making sure we have a productive conversation about growth with all stakeholders.

“My promise to you is to continue to be the same guy I have always been: I will be friendly, humble, kind, respectful, and accessible,” Laydon explained. “Most importantly, I will be a leader that LISTENS, analyzing each issue with the utmost care, and ultimately exercising my best judgment to do the right thing for Douglas County.”