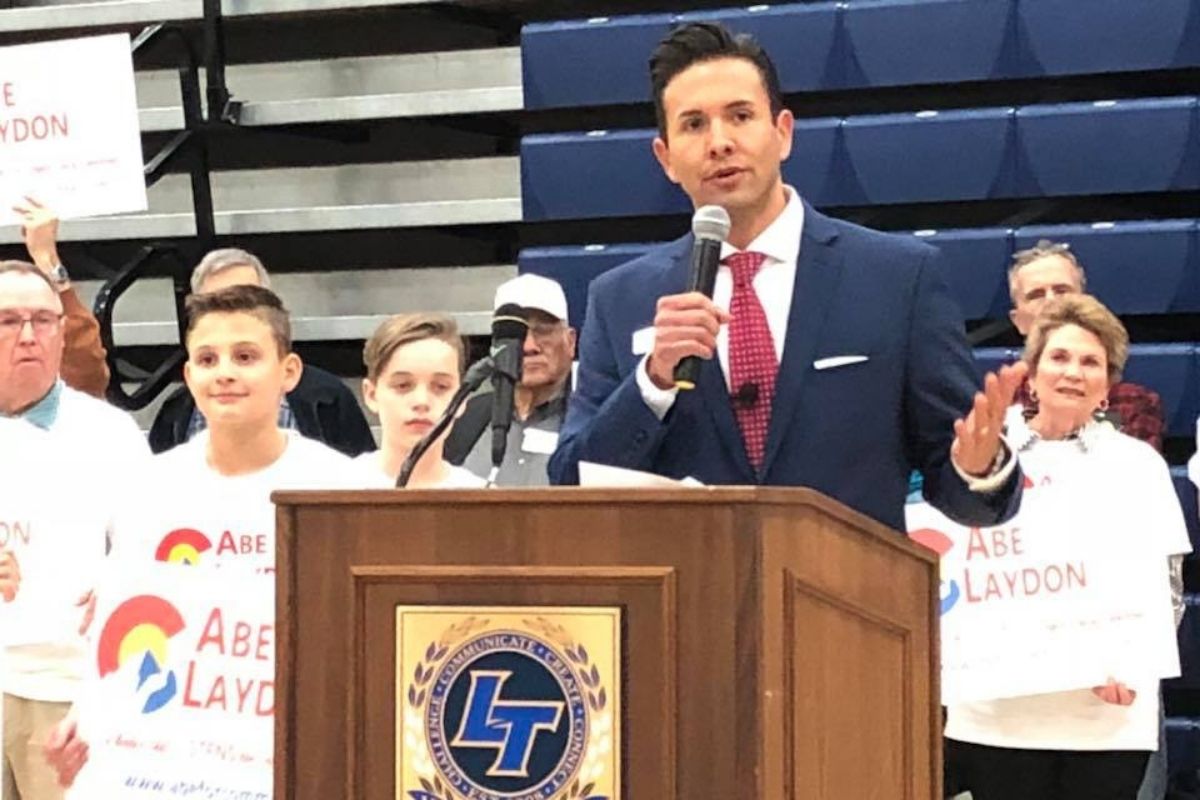 With David Weaver just accepting the appointment of United States Marshal for the District of Colorado, Laydon is also in the running for Weaver’s vacated Douglas County Commissioner District 1 seat. The Douglas County Republican Party’s vacancy committee will convene on Monday, April 9, 2018, at Rock Canyon High School to appoint Weaver’s replacement. If they do not receive a 50% + 1 vote, Governor John Hickenlooper will make the appointment. If appointed, Laydon will complete Weaver’s term which runs through January 2019 in addition to running for the office in the primaries.

“I am running for Douglas County Commissioner because I have a unique blend of public and private sector experience that will serve the citizens of Douglas County well,” Laydon said. A fifth-generation Coloradan born in Denver, Laydon is a 15-year land use and business attorney who has always made civic service a priority. He has been on a listening tour since the announcement of Weaver’s appointment in November 2017 and has established platforms based on what the citizens of Douglas County have said they want the County Commissioner to focus on: fiscal accountability, responsible growth, transportation infrastructure, and securing clean, abundant water supply for generations.

“I have developed, reviewed, and eliminated waste from multi-million dollar budgets for years as a member, director, or officer of several large nonprofits as well as South Denver’s largest law firm. As importantly, a County Commissioner is tasked with the tremendous responsibility of making law, executing laws, and rendering legal decisions in a quasi-judicial capacity, primarily and most importantly as they relate to land use,” Laydon explained. “As a trained senior attorney that has spent the last 15 years in land use and as a current Douglas County Planning Commissioner charged with reviewing all land use applications, conducting public hearings, and making recommendations to the County Commissioners, I believe I have the best qualifications to seamlessly step into the County Commissioner role on day one.”

Abe Laydon is married to Kimberly Laydon, the associate executive director of the Lewan Family Foundation. They reside in Lone Tree and are the proud parents of a daughter and two sons. The family attends and are members of Cherry Hills Community Church.